How To Fix Clogged Gutters

By Lindsey HoworthOctober 21, 2021Uncategorized
No Comments

The world has been wondering how to fix clogged gutters for millennia!

The story of rain gutters started with the Indus Valley civilization during the years 3000 BC to 1500 BC. Gutters will built from clay bricks, which are less than ideal for today’s applications.

The story continues with the Romans from 27 BC to 14 AD. The first turning point in the history of gutters was in 47 AD when the Romans brought gutters to Britain. The standard architecture for buildings at the time changed due to the spread of the Norman Empire. By the 10th to 13th centuries, stone roofs and parapets became common. Gargoyles became the only gutter system around.

During the 20th century, metal rolling machines were invented, and so installation of half round steel gutters began. In the 1960s, the seamless gutter machine was invented. Aluminum became the primary material used for gutter systems. 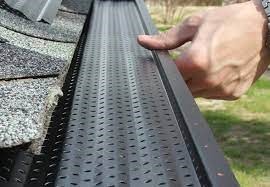 Throughout all the changes made to gutters over time, one issue has still prevailed: the collection of debris that prevents gutters from working properly. This is because the design of the outlet (the hole in the gutter that leads to the downspout) has always remained the same.

With autumn among us, keep your gutters in mind and consider gutter guard installation on your property! Call The Gutter Company today to view our samples and get a personalized estimate! You can reach us at (813) 539-5260 or by clicking here.